Marvin Gaye - "I Want You" (Labor Dept. Remix) by QueensHipHop 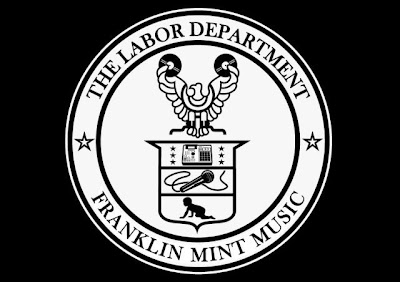 The two began working together in 2004 upon meeting at Diggs's studio named "The Franklin Mint" through a mutual friend named Ron (Bacardi) Ramsey. Initially, they worked on numerous underground songs with Diggs serving as the main supply of beats for Blizz as an MC at the time. One of those songs was a song called "You", which became memorable to internet heads in many places. While the song was building a buzz, Ron Ramsey, the mutual friend that introduced Diggs and Blizz to each other, passed away due to heart failure. With the death of their friend on their minds, they continued to keep working on songs and trying to perfect their craft.

Uncle Diggs had already released an album of his own under the name Frank Diggs called The Balance before he met Rod Da Blizz, but as they were working together, there were more Frank Diggs follow-ups "Summer Madness" and "Hispanic Shaft: The Mixtape Movie" under Corona, Queens-based indie label Crown City Records in 2004 and 2005, respectively. After those projects were released, Diggs and Blizz kept on working together, but with Rod Da Blizz handling more on the production end, often collaborating on production with Diggs. In 2006, The Labor Department was born.

May 2007 saw the release of Rod Da Blizz's debut project "The Damn Mixtape". Later that year, Uncle Diggs released "The Labor Department Presents Koncrete Jungle: The Documentary", a project that is still receiving positive feedback on the internet. Rod Da Blizz continued to push himself as an MC by putting out mixtape bangers with Crown City Records like "Mr. Goodbars" and "Gaffenology" with Gab Gacha and Camiliano on a mixtape named "One Way Or Another Pt. 2: The D.R.A.M.A. Initiative", mixed by Justo Award-winning DJ Dub Floyd. Rod Da Blizz also produced, and appeared on Crown City labelmate Trujillo's "Keep The Hate Up" on Trujillo's "Ol' Skool Young Nigga Vol. 2: The Appetite", also mixed by Dub Floyd. For now, you can find these projects on CrownCityMedia.net. However, these projects will also be posted on this site so that whoever downloads them sees not only how far the two have come, but how far they're determined to go. With no major backing involved, they rely on authenticity, which is what Hip-Hop was based on when it started.

With that said, look out for future projects to come out of The Labor Department.